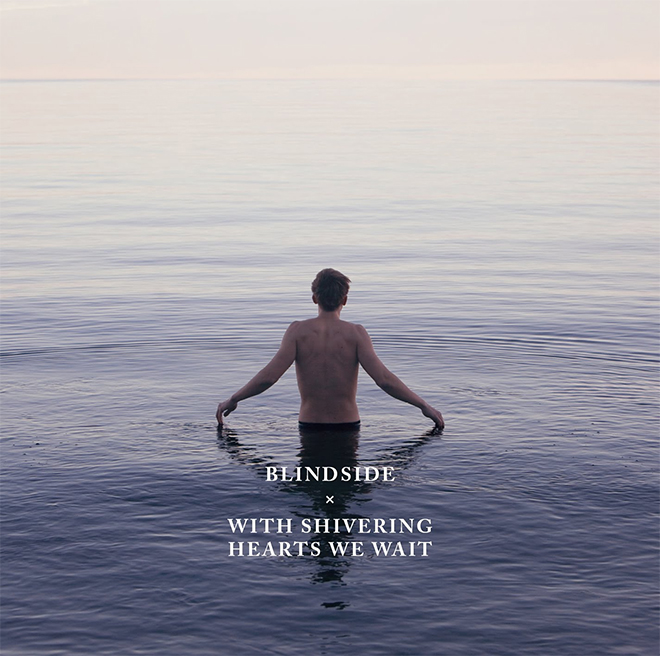 It’s been a long four year wait since Blindside last released an EP and 6 years since their last CD. Sweden’s post-hardcore rockers have returned with yet another album that should be on your “must have” list.

The band has again teamed up with mega-producer Howard Benson. P.O.D., Flyleaf, Daughtry, Creed, Skillet, Relient K, are just a few Christian artists he has produced. Benson has given Blindside a polished, but almost over-produced sound. The rawness of the previous albums, especially compared to the band’s self-tilted release, is noticeable. However, this could also be Blindside progressing as they slide into their 17th year together.

Album number six, With Shivering Hearts We Wait, presents some new facets to Blindside. Strings, electronics and a diverse range of genres influences provide diversification to the songs. Blindside have continued their progression from being a straight forward hardcore band, turning to a more mainstream sound. Vocalist Christian Lindskog takes the forefront of Blindside by delivering lyrics with his unique voice. Ranging from screams to soft vocals he adds a distinctive element to each song.

The new album may be a welcome change from the depressive lyrics found on the aptly titled The Great Depression. The lyrics on The Great Depression reflected Lindskog’s experiences and emotions as he discovered the poverty and lack of hope citizens held during a relief mission to Africa. With Shivering Hearts We Wait has a much lighter sound than previous Blindside albums and offers a broad range of lyrical topics. Cleaner vocals to screams and the occasional pop beat carry many of the songs.

Opening track, “There Must Be Something In The Water”, sounds musically like something Skillet would perform. Perhaps it’s the strings that Blindside and Skillet now both feature. Raw vocals carry the tune. While not a typical Blindside tune, it does reflect the band’s musical and vocal talents.

“Monster On The Radio” could be describing the vagaries of the music industry or simply it’s listeners. Do bands have to sell their souls to make it in the music industry? Surprisingly enough, this song is destined to be the album’s stand out radio track.

An ’80s style Petra-ish intro leads into “Our Love Saves Us”. The song continues to feel as if it has dropped out of an ’80s music vault.

“Bring Out Your Dead” has the traditional Blindside sound, reminiscent of their earlier albums. Lyrics describe the burdens we carry until they begin to smell like a corpse. Hence the songs title. It reminds the listener of the middle ages, plague years when town residents were called to carry out the deceased. They would then be buried in mass graves to prevent the further spread of disease.

“Cold” provides a topic that both Swedes and Canadians can well understand, but the lyrics are describing a failed relationship.

God’s love and strength shine through on the final track, “There Must Be Something In The Wind”.

Oddly, the diverse blend of lyrics and varied musical styles found on With Shivering Hearts We Wait provide congruency to the album. These veterans have provided another superior album to fans and newcomers alike. They should be applauded.