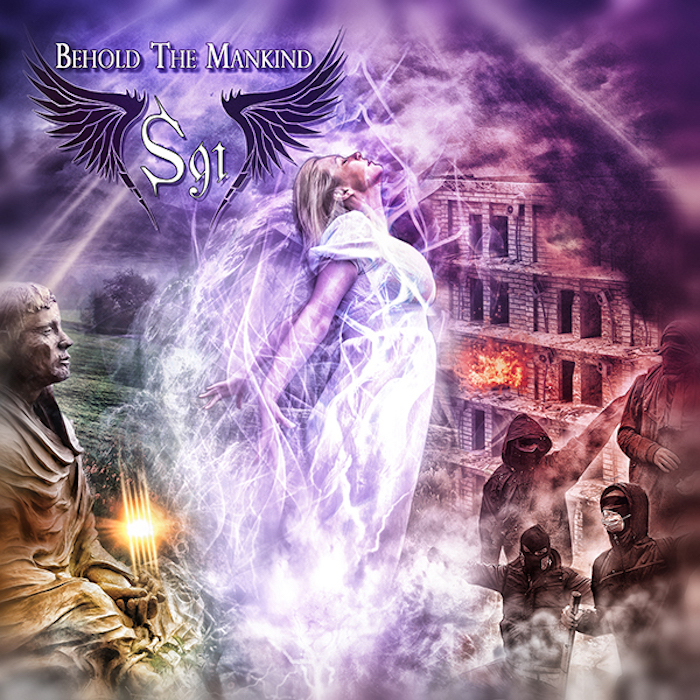 For he will command his angels concerning you to guard you in all your ways. -Psalm 91:11

Following the success of their first full length, Volontà Legata, Tuscany based S91 have returned with their first all English language release, Behold The Mankind. Deriving their name from “Salmo”, the Italian word for psalm, S91 formed in 2006 to realize their dream of creating progressive metal with Christian lyric content.

Each release by S91 has been an extensive process. In 2012, S91 began writing Behold The Mankind in collaboration with producer Cristiano Bertocchi (Labyrinth, Vision Divine, Wind Rose) before finally entering the studio in 2015 to record.

With just eight tracks, I had first thought Behold The Mankind was simply an EP. I was totally wrong. Running almost 53 minutes, this release has S91 taking the time to craft songs of epic proportions. The sound of S91 draws extensively from the roots of prog rock, delivering intricate layers of keyboards. The band’s complex time signatures bring constant surprises making this a key component of their style. The songs are painted with a beautifully melodic touch, immersing the listener into the soundscape to each tracks conclusion. Vocalist, Mari Londino’s delicately captivating voice builds and ebbs to grand proportions are often played against the harshness of Francesco Romeggini’s backing vocals. Sweeping guitars and a subtle hand on the drum kit round out the sound.

The album brings an involved theme that is delivered with acuity:

Behold The Mankind is a concept album about the history of mankind based on Christian theology. In this album we talk about how since mankind’s beginning, it has undergone rapid corruption by creating communities with strong social imbalances. This is because men and women carry an incurable evil within themselves that is only curable through the intervention of the creator.

Throughout history we often see revolutionary movements that tend to open the door to even more ferocious regimes. God seeks to redeem humanity by calling an insignificant man to himself, from whose offspring will be born a man that will be God’s incarnate and with him he will die and be resurrected. The story of the land of Israel and Christ is a metaphor of the story of humanity. Today individuals are called to die and resurrect as members of a group.

Fans of Shadow Gallery, Delain and Darkwater will be sure to gravitate towards this stellar release from S91.