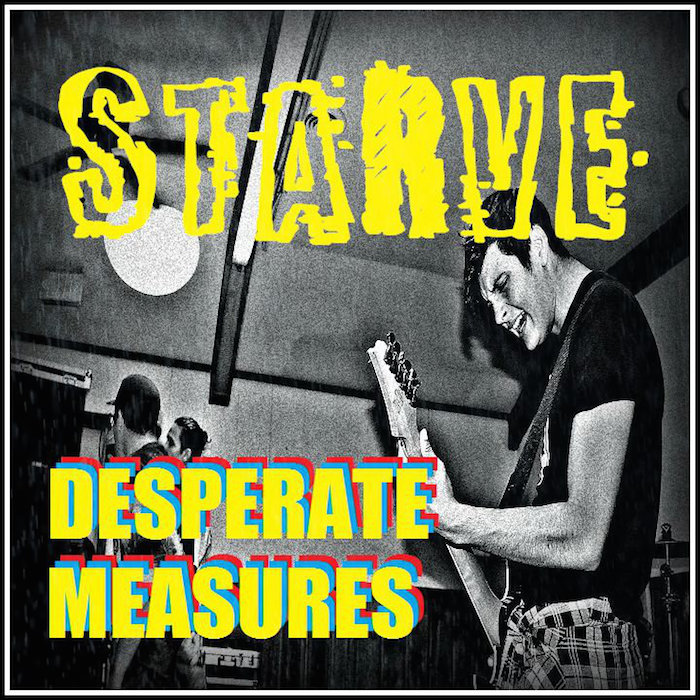 Hailing from the heartland of metal, Abilene, Texas based Starve have premiered their debut EP, Desperate Measures via OnTheAttack Records.

The hardcore punk of Starve is raw, gritty, and full of angst. The stress is palpable as Desperate Measures rants against the grim realities of worldly wickedness and it’s search for deliverance from despair.

Though darkly captivating, the six track EP provides only a glimmer of a redemptive conclusion. Desperate Measures remains as a furiously fascinating exploration of the harsh aspects of society.