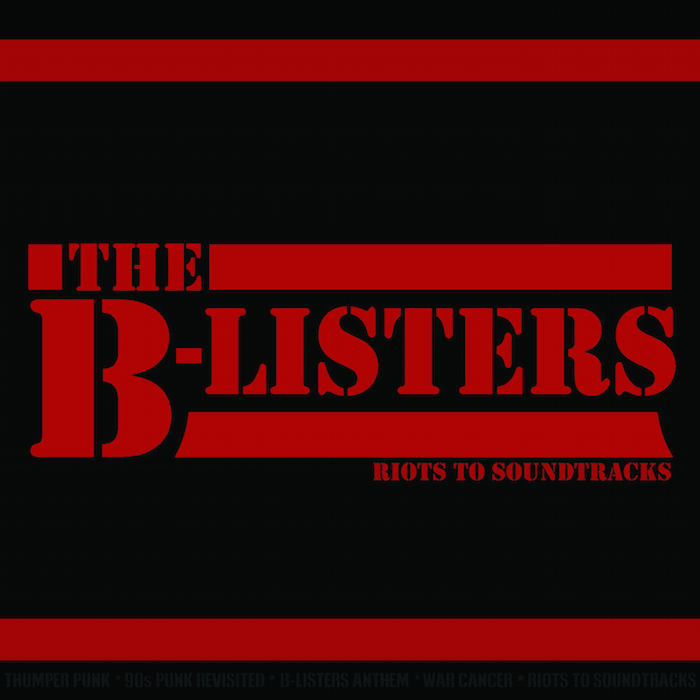 With a bit of a mind flip…
You’re into a time slip…
And nothing can ever be the same.
You’re spaced out on sensation.
Like you’re under sedation.

Does anyone really want to live in our present age? The yearning to relive the past can become all encompassing, even though our memories of the past can be distorted by the passage of years. But, maybe those memories just need to be refreshed by music with a retro tone.

The B-Listers have trekked into their own time warp by heading back to the ’90’s and the heyday of skate punk. And why not? This unheard of band with unnamed band members, have generated Riots To Soundtrack, an inspiring homage to their youth. This is a release that deserves instant recognition.

The band members throw out nearly continuous gibes at their aging bodies on many of the tracks.

The key distinction of The B-Listers is that these guys can play! Awesome guitar and bass, a pounding drum kit, and sharp edged vocals create an astounding mix.

The band hasn’t neglect to include a social rant; the root of punk music. “War Cancer” builds a forceful commentary of the lost in society, but with a glimpse of renewal.

The B-Listers Riots to Soundtracks is more than simply faultless, it’s the renewal of passion in punk music.

The band has generously provided Riots to Soundtracks as a free download. Get it. It’s worth the trip.