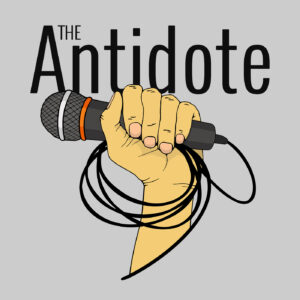 At the SoulFest music festival I was delighted to spend some time with Andrew Schwab of Project 86. He spoke with The Antidote about the new album, Wait for the Siren, and the new band members that make up P86. You can hear the interview with Andrew on this broadcast of The Antidote.

I’ve been a long time fan of Project 86. The band had it’s start as a rap/rock band back in 1996, progressing into their dedicated hard rock sound by the time they recorded their third album, Truthless Heroes on Atlantic Records. Wait for the Siren is the latest release for P86 and it holds some surprises for their fans. A new Celtic influence pervades the album as Schwab explores his ancestral roots.

This recording of The Antidote covers much of the discography of Project 86 and features a number of songs from Wait for the Siren and many older favorites.