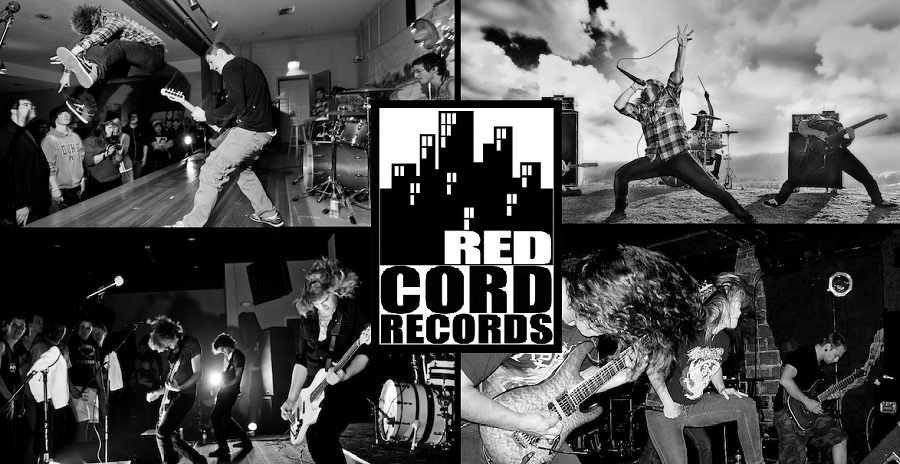 Over the past decade, the ongoing struggles of the music industry have become common knowledge. Red Cord Records has run up against the same wall.  Joey Mathews of Red Cord Records recounts some details of their current difficulties on this Facebook post:

To everyone who has been wandering what Red Cord Records has been up to and or why we have been none existent for the past couple months I am going to give some clarity. As many of you already know the music industry is just not the same as it was ten years ago and yes we know you have heard that over and over whether it be from a band breaking up or a company shutting its doors. Sales are down, marketing cost more now, money, money, money…… Everything cost something and even with the new social media trend in the past decade it still takes money to break a new artist.

This is where my next point comes in. We started this label right after the economy crashed and built it on the idea of giving the everyday up and coming artist who normally wouldn’t get a chance an offer to partner with them and expand their market exposure through development and working hard as a team and becoming a family. It quickly became bigger than expected and expenses quickly became overwhelmingly larger than expected. We were blessed to find a business model that worked for a time until we realized it needed to change due to the company going deeper in retail and marketing on a larger scale. No longer was it 100% possible to maintain a smaller family label with the staff growing, new building, new label studio/producers, and all the amazing people involved pushing each album to distribution, publicity, and building marketing campaigns. With all those expenses we needed to break an artist soon and real soon. We were pushing a couple of artists really hard to get this label over the hump of overhead outweighing the income for a long period of time. I personally stopped taking a paycheck from the company for the past two years and scaled back on our label exposure expenses. We simply relied on our fans to push the label name as a whole as we pushed the artist that have the most market potential and growth. I wanted to maximize our potential to break an artist. It was a great plan but it just wasn’t happening to the degree we needed and so days became weeks and weeks became months and so on.

I am not here to say RCR is shutting its doors but I feel a sense of commitment to our fans to let you know we have been going through some huge changes these past couple months. We have shut down our office building and studio and have scaled back on our roster as most of the artist contracts have been fulfilled. We are in transition and going to try a new model and possibly go with a new look. At this time there are just a couple of us running the label and no longer have the staff to host a larger roster. We have been super blessed to have people involved with RCR such as our A&R/Office manager Alex Gaspar to our studio producers over the years Chris Galvez and Josiah Hughes and to one of the best dudes and top mix engineers I know Joel Wanasek. We also have had a great in house publicist “Oz” Alex Osborn and amazing interns over the years. Last but not least all the musicians who have pushed this label likes its their own. We see artists such as Righteous Vendetta, Phinehas, Southbound Fearing, and many more doing great things now. We love you dearly. This is not the end its just a transition of getting things to a level that we can take more risks again and not be forced to close our doors due to financials and maintain a sense of healthy growth.

We appreciate all the thoughts and prayers that some of you have been graciously sending us without even knowing what’s been going on. If you have ideas of how we can better RCR we are open to ideas from you. You are the people choosing to buy music or get passionate about artist that you love and so it makes sense. You can email joey@redcordrecords.com

As financials are tight and we will continue to grow and get to a healthy place we are going to need graphic work done, web work, mass communication, etc… at a reasonable cost. If you know anyone or would be interested in talking to us we would really appreciate it. We are looking to release 2 albums this next quarter from some very talented artists who we believe in and believe in us and our new vision. So it’s not a ton of work but we figured we would reach out to you our fans and see if we can create a team of supporters and truly let this be a fan driven label.