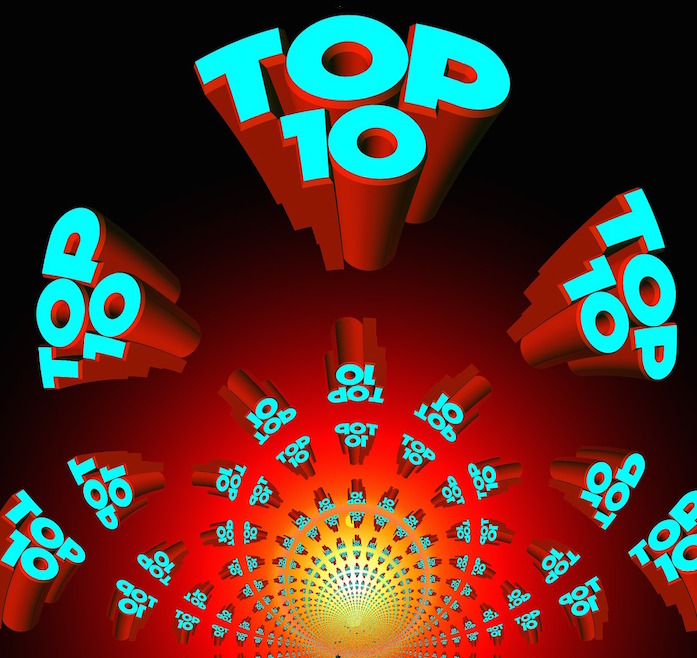 Happy New Year from The Antidote!

The Antidote has broadened our perspective for the best music of 2014. As many artists now solely produce EP’s, they have been included on this year’s “best of” list. Here’s the widely divergent musical styles and artists who made it to the head of the list on The Antidote’s top releases of 2014.

10. BEING AS AN OCEAN – How We Both Wondrously Perish
Being As An Ocean released their superb debut, Dear G_d…, in 2012. No sophomore jitters are to be found on How We Both Wondrously Perish as Being As An Ocean has created an honest, artistic and beautiful album. Frontman Joel Quartuccio’s growls are wonderfully synced with Michael McGough clean vocals. The music ebbs and soars as it progresses from deep and ambient to hard edges tones. A true gem of an album that keeps the listener wondering what may be around the next corner.

9. HELLO INDUSTRY – Matter
Many artists state that their music is “honest” and “meaningful”, but Hello Industry legitimizes that statement by being truly authentic. Matter, the latest in a long stream of releases, finds lyricist Nathan Peterson dealing with difficult topics such as; death and searching of self-worth, sensitively. Mixing a diverse use of rock, pop rock, electro pop, and some classical elements has given Matter a distinctively unique feel.

8. KINGSLYNN – Dreamer EP
The aptly titled Dreamer, delivers incredible atmospheric synth dream pop with beautifully delicate vocals from Evelyn Grace. After playing with various musical style, Kingslynn have merged their influences into this outstanding release. The band has offered the four track EP, Dreamer is offered by Kingslynn as a free download on Noisetrade.

7. LIV. – Be The Change
In 2014 So Cal’s, LIV. burst into the scene with Be The Change. A dynamic mix of hardcore and street punk have delivered the masses from the humdrums so often found in current punk. Tight production, solid both musically and vocally, with a straight ahead message made this album a stand-out in 2014.

5. RYAN BLAKE MARTIN – HDSPC (Headspace) EP
Who would ever have thought that Ryan Blake Martin, formerly of the metalcore band A Plea For Purging, would have such a talent with electronic music?  There’s no doubt about those abilities with his release of the tremendous HDSPC (Headspace) EP. Perfectly syncing ambient and electronic influences into a wondrous blend.

4. SILENT PLANET – The Night God Slept
Silent Planet’s debut album, The Night God Slept, turned out the greatest metal album of 2014. In a genre that has lately lacked depth. Silent Planet digs deep into dark topics from both a current and historical perspective. Pornography “XX (City Grave)”, innocent lives lost in the bombing of Hiroshima on “Darkstrand (Hibakusha)”, and the near destruction of Native American society by whites on “Native Blood”, are only some of the topics covered on The Night God Slept. Heavy riffs, unusual instrumentation and great vocals from Garrett Russell, would make this album a standout in any year.

3. ARTIFEX PEREO – Time In Place
Yet another newcomer, Artifex Pereo, recently signed to Tooth & Nail Records, have proven their artistry with their debut, Time In Place. A wildly eclectic mix of music styles and vocals, springing from soft to harsh in a single verse could make their sound too much for some. Undeniably unique, Artifex Pereo has received comparisons to Circa Survive, but surpass them with their exceptional sound.

2. UNTEACHERS – A Human Comedy
Stephen Sarro is long removed from his days with cult favourite Tantrum of The Muse, but some of that background is carried on with his latest work, A Human Comedy. Sarro may be inventing a new genre with Unteachers combination of noise rock, prog rock, sludge and ambient. Three years in crafting A Human Comedy have brought the album to perfection, lyrically, thematically and musically. Not simply one of the best albums of 2014,  A Human Comedy may go on to be one of the decade’s best.

1. KYE KYE – Fantasize
When Fantasize was released this past January, I stated that “…it may seem presumptuous to make early judgements, but Fantasize is likely to be at the top of everyone’s favourites list for 2014, as Kye Kye redefines the art of music”. That same opinion holds true almost a year later.

Fantasize is undeniably incredible. Driven with simple, constrained melodies and using synth and powerful drum sequences, the album could be compared to Purity Ring, M83, and CHVRCHES. But those comparisons end when the ethereal vocals of Olga Yagolnikov are blended into the musical mix. Vocally gorgeous and subdued, yet remaining strong and defined, Fantasize could be likened to that dreamy state between sleep and awakening, where sounds are muted, yet all encompassing.