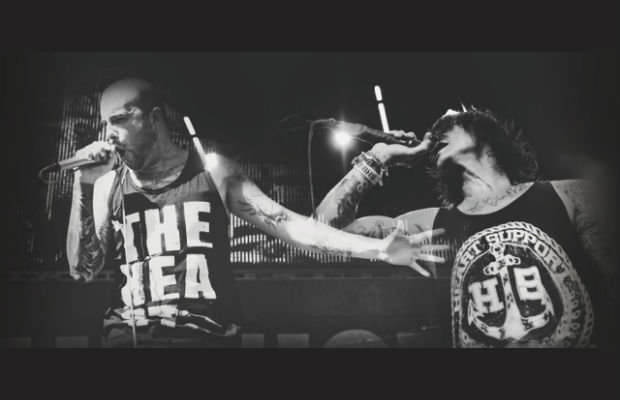 Jake Luhrs of August Burns Red and founder of nonprofit HeartSupport and good friend and supporter Beau Bokan of Blessthefall, sat down with Alternative Press to discuss HeartSupport and what it means to them. HeartSupport is an online community built to encourage, inspire and bring a message of hope to their followers. It is a place for anyone to talk about struggles and difficult issues and to find healing and strength in the community they’ve created.

During his interview Jake spoke on the reason he decided to start Heart Support, saying, “In 10 years no one is going to care about August Burns Red or Jake Luhrs, but right now people do care, and I want to do my part to impact other people’s lives in a positive way along with our music.” By spending time connecting to his fans after shows and speaking one-on-one with them about their struggles, Jake has built a loyal following and the HeartSupport community is thriving.

Beau is pouring his all into HeartSupport and is dedicated to playing a part in it’s success. During his interview he was asked how he plans to stay involved with HeartSupport after Warped Tour and he said, “Any way I can support through social media, any sort of interviews or special Skype sessions with people from the site. I’m kind of brainstorming different ideas. I’ll be around and make myself available…”

Having supporters such as Bokan has helped get HeartSupport on the map and has enabled them to reach far more people. To check out this inspiring interview with Alternative Press in it’s entirety, head over to http://bit.ly/195BlB.

Jake, Beau and the rest of the HeartSupport team will be on the road with Vans Warped Tour this summer promoting their community and spreading their message. They will have a tent set up which will feature merchandise sales, meet and greets with Jake and Beau and a “Screaming Pose” contest in which fans are invited to grab the mic and take a picture of their best screaming face. To learn more about HeartSupport make sure to visit their tent at Warped Tour or check them out on the web: