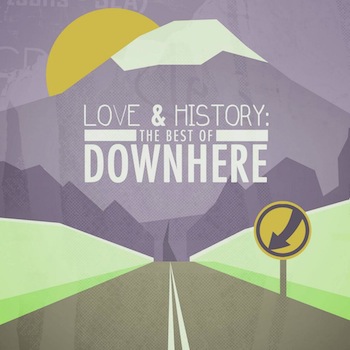 The Canadian foursome of Marc Martel, Jason Germain, Glenn Lavender and Jeremy Thiessen, have turned out one excellent album after another since their beginning in 1999. Even though downhere was the recipients of dozens of music industry awards in both Canada and the U.S. the band never received all the accolades they deserved. After officially disbanding in January 2013, the individual band members have moved on. Marc Martel, one of the lead vocalists of downhere, has gone on to take the role of Freddie Mercury in the Queen Extravaganza Tour since 2012.

Love & History: The Best of Downhere is a must have for newcomers to the music of this band. A collection of tracks from various downhere albums gives a great cross-section show their diverse abilities and focuses on the amazing vocals of Jason Germain and Marc Martel. LoveLove & History: The Best of Downhere also includes a pair of new tracks that are only available with the full album download or on the CD. Available at downhere.com or iTunes. 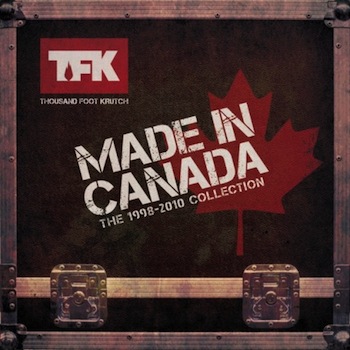 One of the most popular bands in the industry, Thousand Foot Krutch, dropped Made in Canada: The 1998 – 2010 Collection into the market. EMI and Tooth & Nail, TFK’s former label, decided to cash in on the popularity of TFK’s world-wide success by releasing a collection of the band’s earlier work. Trevor McNevan, lead vocalist of Thousand Foot Krutch spoke to The Antidote a couple of weeks ago regarding the two new tracks included in the collection.

We recorded a couple of songs that are new to everyone else, that I had actually written during the last couple of records. They just didn’t fit with the body of those records, but we loved the songs. It seemed like a good way to kinda honour the Made In Canada collection and to put those songs on there.

The new collection is now available on iTunes 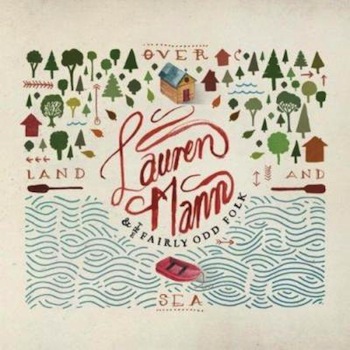 Lauren Mann and the Fairly Odd Folk are one of the hardest touring acts in the Canadian music scene. The marriage of Lauren to Zoltan paved the way as Lauren dropped her role as a solo performer to bring form LMATFOF. Their unique blend of captivating folk-pop melodies and extraordinary talents have drawn new fans into the fold from around the globe. A regular on CBC Radio and a multitude of radio stations around North America has kept the music of Lauren Mann and the Fairly Odd Folk as a constant force in the music scene.

The band is set to enter the studio once again to record their follow up to Over Land and Sea and are looking for fans to help them in the process.

Yesterday was the first day of our journey towards creating a new record. We’ve been touring full time for three years, and although we’ve been able to cover our expenses as we’ve gone along, we haven’t been able to save enough for a new record. And now that we have a permanent band (Zoltan and I, Jay, Jessica, Josh and Hammer) we feel like it’s the right time to start working on a new record that reflects the dynamic we have and the music that we’ve begun writing. In order to make this happen, we realized that our only option at this point was to do a fan funding campaign, so yesterday we launched an IndieGoGo campaign to make this record happen. We are really excited (and nervous) about it all, but we’re looking forward to bringing all of our friends along the journey with us.

Please check out the video and campaign, and even if you’re unable to get on board financially, we’d love it if you shared this with your friends! Thanks to everyone who has been alongside us as we’ve been touring; your support has been continually overwhelming, and the friendships we’ve made along the way have been such a blessing to us!

If you have any questions about what we’re doing, please get in touch with us through any social media: facebook, twitter, email, etc. We’d love to hear from you!

Check out the band’s fund campaign at indiegogo. The band is also giving away the deluxe edition of the Over Land and Sea album with an added bonus track at Noisetrade.

Over Land and Sea tracklist: