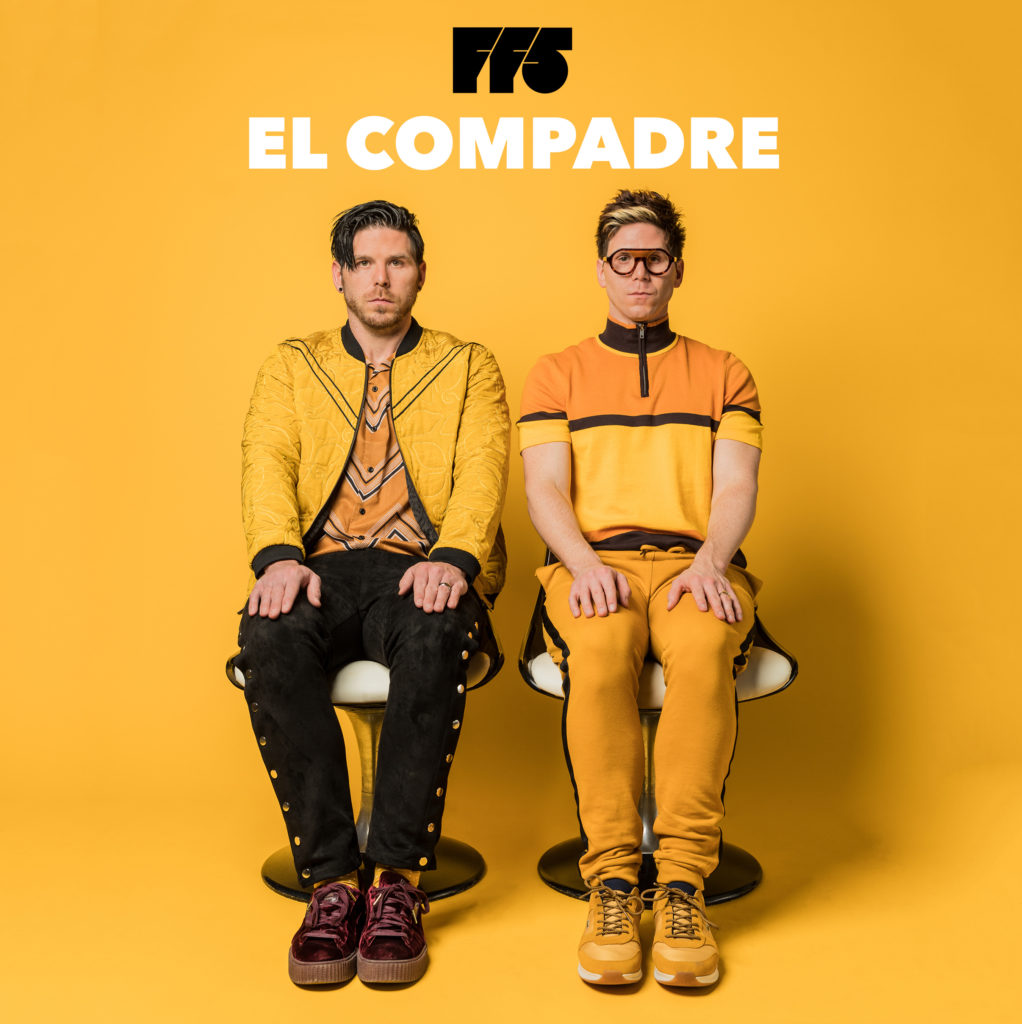 Family Force 5 band member numbers may have dropped to just two (FF2?), but the music keeps coming. What remains is the twin brother pop duo of Jacob and Josh Olds. FF5 has announced the highly anticipated release of their new EP EL COMPADRE, due out March 2 through Curb Records. Fueled by their new single “Fire on the Highway,” the song gives fans a first taste of what to expect from EL COMPADRE. The EP will also feature a special bonus track, “This Is My Year” Matoma Remix, which already has over 6M Spotify streams.

Built on powerful melody and brilliantly sculpted beats, the standout new song, “Fire on the Highway”, redefines the possibilities of pop and shows the strange synergy at the heart of FF5. With its shimmering textures, the song draws from Jacob’s affection for ’80s pop and Joshua’s raw rock-and-roll energy to dream up a hypnotic yet hook-driven sound. Like most of their new material, the synth-laced track was shaped by the band’s belief in following through on the beautiful mistakes that so often occur in the creative process.

After a decade long career as Family Force 5, the brothers are looking forward to the fans discovering this new era of FF5. “We set out on this journey to write something that would allow the music to speak for itself and stand alone,” shared Jacob. “We embraced the beauty in mistakes and all the uphill battles we had to fight throughout our career. The music has a different energy than any other music we’ve ever put out.”

When asked about the inspiration behind the title Jacob explains that “El Compadre is from a Mexican restaurant we eat at in LA. It seems like every time we’ve eaten there, a milestone – good or bad – has happened in our career. It’s been a constant for us. It also sums up Josh and my brotherhood: El Compadre is the friend that never gives up.”