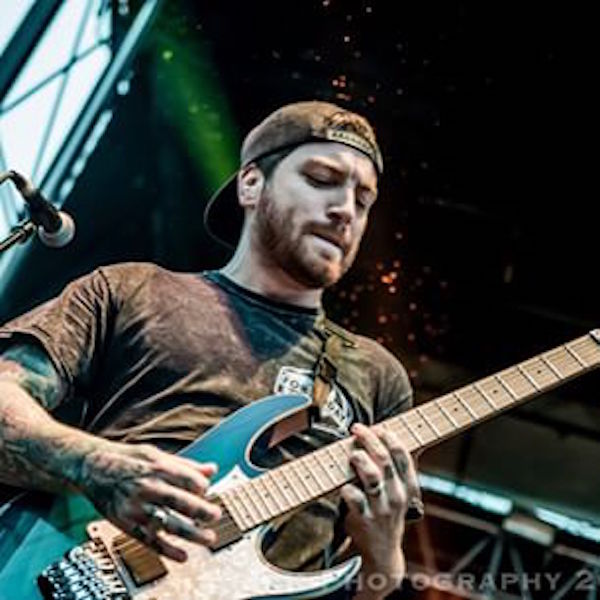 News came from Sam Penner who was dismissed from the hardcore band, For Today. Sam responded to his dismissal with the following statement on tumblr.

It is with a very heavy heart and coming from a place of some hurt and frustration, that I announce to you all that I will no longer be a part of For Today.  As much as I wish that this could be an easily explained situation, it really is more than that. So as I write to you the multiple reasons why I am no longer going to be a part For Today, I simply ask that you read the entirety of this before making a judgement and before taking quotes or portions of this article to share your opinion.

With that being said I will begin…

On March 22nd 2015, I flew home due to a family emergency. Namely, my mother in law had incurred a brain hemorrhage from an accident she had that night. After arriving home, after sleeping at the hospital, driving hours a day to help my family in any way possible, I received a text message from the band asking if it was an ok time to call. I accepted, and was told in essence that it was beneficial for me to no longer be a part of For Today. These are the reasons I was given:

1: It was more important for me to be home with my wife (this I don’t disagree with and neither should any husband, but a decision that affects my wife and I in a such a significant way, should be left to my wife and I, and my wife and I alone.)

2: I was told that I was unequally yoked with the band because of my personal beliefs of how I should live my life after coming to know Jesus. For this reason, the band could no longer support me or walk with me on this path. (To be clear about this, for those who care, my personal belief is simply that a standard of living our lives after salvation has been set by God in the “Old Testament” law. Not for salvation but for living a life in service to God.)

At first, I was completely fine with the conversation and didn’t make a single argument or complaint. I’m attributing that reaction to being mentally and physically exhausted due to spending the night prior in airports with cancelled flights. After two flights, and more than 24 hours later, I finally made it home to take care of my family.

After a day or two of council from several close, Christ loving friends and family, I had reached a new conclusion and attempted to reach out to the band to express the multiple reasons that they had not honored me, the way the Bible says to, as a brother in the faith.

My reasons were as follows:

1: Emotionally, it was dishonoring that the band felt that the best time to announce this to me was in the midst of such stressful and exhausting events in my family, much less over the phone.

2: Financially speaking it was dishonoring. The band knew that we pay taxes at the end of the year rather than paying from each check and that a couple of weeks after asking me to leave, I would be paying out majorly. For them to think it was best to ask me to leave the band, without a full time job lined up, with a major payment ahead of me was inconsiderate.

3: Biblically, it was dishonoring that they had found issues with me as a brother in the faith, but instead of pulling me aside personally or communally to talk through these issues, they simply came together without me and decided what would be most beneficial for me and my family.

I communicated with the band and stated to them that I thought it would truly be honoring to me to allow me to finish out these summer festivals so as to ease this transition and honor my ministry as a husband who is held accountable to providing for his wife and family.

I sent this to the band and asked that they pray together about it before answering. Assuming I would get a response from them as a group, I instead received 3 differing responses and opinions.

1: The beliefs that I hold on ‘how I should live my life after salvation are contradictory to the Gospel’.  It was expressed by one member that “I don’t believe in the same Jesus or gospel” as the members of the band.

2: ‘It is not at all about my beliefs, but rather my recent detachment and inability to focus during bible study along with the lack of “fruit” in my life’. (my dedication to bringing fans to the Gospel is no different than anyone else’s in the band as I talk and pray with kids any chance I can find, just as they do.)

3: ‘We just aren’t on the same page and its not about doctrine as much as its just that I am too distracted with whats going on at home.’ From their perspective, I was only giving 50% to the band and 50% to my marriage and that they want to honor me by sending me home so that I am not half way serving either ministry. As much as I agree that this is true, not only to me but to every member in the band who is gone from their wives and children from upwards of 6 months out of the year, I will simply say that it is the responsibility of my wife and I to come to this conclusion. Not the band’s.

Lastly I was told this… “Though the timing is not ideal and it was a very hard decision, WE believe it would be most honoring to GOD if you did not continue with For Today through the summer, as the band has never been about playing guitar to collect a paycheck.”

About a week after this the band changed their opinion on the summer festivals and offered them to me for a final tour. I declined after many hours of contemplation.

I will say that every member has texted me at least once asking how things are at home and there has been an attempt to try to make some sort of small talk to relieve awkwardness and tension. Ryan has reached out many more times than the others and with much more empathy. I note this to say that I appreciate his attempts to actually show his concern about how this is affecting my life.

Finally, I want to make it clear that I am not writing this as an act of revenge or in contempt and I do not hate the members of the band in any way. I simply just want to make sure that the truth is known about exactly why I will no longer be with For Today.

The years of traveling the world with For Today and In The Midst of Lions have truly shaped my life and have taught me so much that I apply to my life daily. The memories and friendships I have made along the way are life-long and I appreciate and love every one of you who has put in the time, money and effort to make sure we were loved and had a place that felt like home no matter where we were in the world. You all are truly the ones who make a band succeed and without you all I would have not had the pleasure of doing what I love for so long. So thank you to all of you.

For now I will be at home with my amazing wife and enjoying my life at home… Maybe if an opportunity in the future presents itself I will be back on the road again playing for all of you.

Again the biggest thank you to all of you.