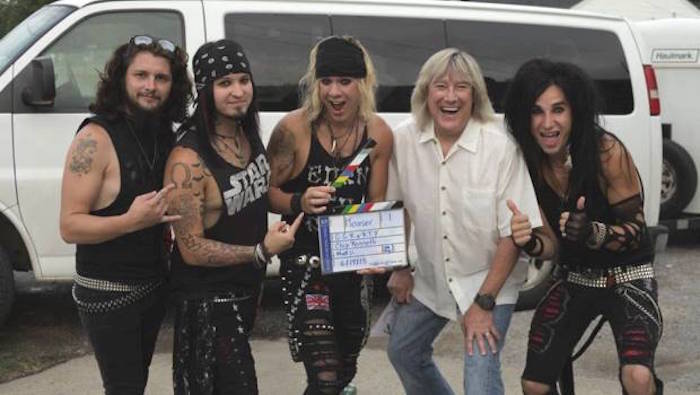 Fans of the days of hair metal are going to be all over an upcoming film from Rossetti Productions. Directed and produced by popular filmmaker Chip Rossetti, “God Gave Rock ‘N’ Roll to You” features John Schlitt (Petra) as band manager ‘Stogie’ and the members of Chaotic Resemblance portraying the fictional hair metal band ‘Iron Cross’. The film is set to take a humorous and somewhat accurate look into the early days of Christian metal. In pre-production and with an expected release in 2016, “God Gave Rock ‘N’ Roll to You” is bound to be something to put on your film list.

It’s 1987. Hair Bands are ruling the Rock n’ Roll World. One of the many bands vying for a spot in Rock History is Tyger. But Tyger is a little different. They are Christians, trying to live the Rock n’ Roll lifestyle, until, one day, God puts it on their hearts to make music for Him.

After much debate, Tyger changes their name to Iron Cross and focuses their music on spreading the Gospel. This does not go over well on the Sunset Strip and the band is ridiculed for their message, but praised for their Heavy Metal sound. Despite the odds, Iron Cross finally gets a record deal and records their first album. Their record label sends them out on tour.

Things are never quite as they seem. The Christian people that Iron Cross is trying to attract is rejecting their message because of their style of music, and the mainstream audience that never really cared about the message is embracing Iron Cross like every other metal band of the day.