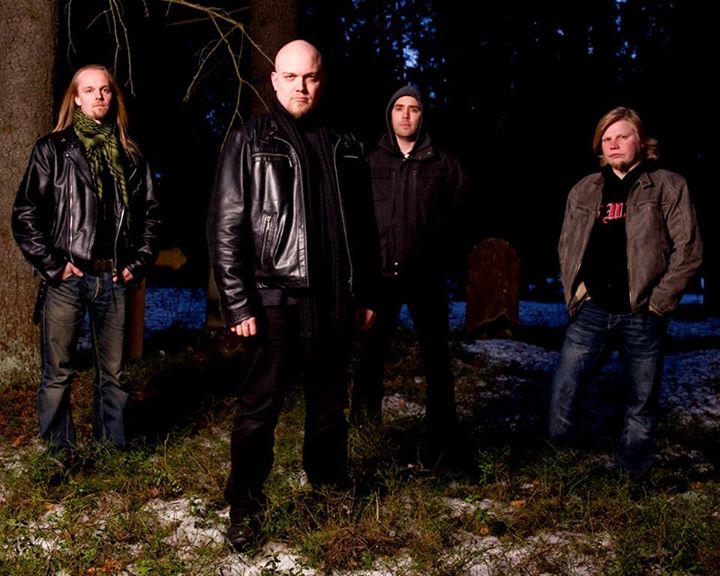 Brothers A. Sarkioja and E. Sarkioja formed Immortal Souls in 1991 as a band that isn’t simply founded geographically on the frozen fields of Finland. Immortal Souls embraced the algidity of their environment and adapted it into their lyrics and art work. The result of over a decade of mastering and refining a new death metal sound is what the Finnish refer to as “Talvi Metal”, or as they say in English “Winter Metal”. The sound of “Talvi Meta”l is that of the crisp sting of a bleak Finnish morning as the frost threatens the very existence of life. Yet, even in the midst of this visceral peril of raw Scandinavian frigidity there remains a message of hope and perseverance in the midst of brutality and struggle. This too finds its way into the lyrical content of Immortal souls compositions. In the words of A. Sarkioja, “I would describe our music as fast paced and highly melodic; like a winter wind at a beautiful frost morning, heavy and aggressive; as fierce as winter can be. This is Winter metal.”

From 1995, the “Winter Metal” mavens have released ten astounding offerings: Immortal Souls (1995), Reflections of Doom (1997), Divine Wintertime (1998), The Cleansing EP (2000), Under the Northern Sky (2001), Ice Upon the Night (2003), Ice Upon the Night – US Version (2004), Once Upon a Time in the North (2005), Wintereich (2007), and IV: The Requiem for the Art of Death (2011). Of course an album without the ‘winter metal’ sound isn’t an Immortal Souls album. Immortal Souls have been crushing Europe for over a decade and even played Tuska Festival in Finland. In October 2011 Immortal Souls joined forces with Solid State recording artists Becoming The Archetype for 17 days of European devastation.

“The opportunity to work with such seasoned veterans in the Scandinavian metal scene is very exciting to say the least. I can’t wait to see the responses to Immortal Souls “Wintermetal” release. It’s my humble opinion that this is by far their greatest release to date.” – Shawn Browning, Rottweiler Records.

This spring will be the release of Immortal Souls 11th glaciated, Scandinavian release, “Wintermetal”