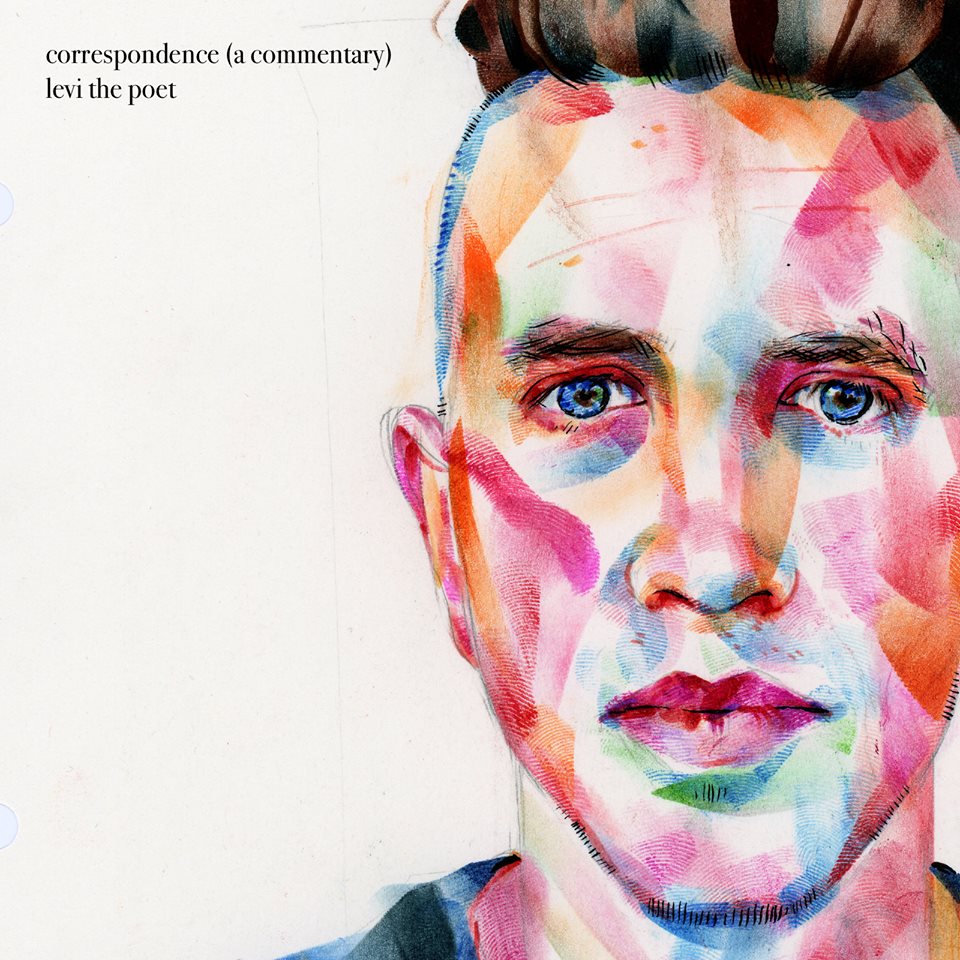 At the time of it’s release, Jordan Gonzalez of HM Magazine described Levi the Poet’s spoken word project, Correspondence (a fiction) “Lyrically, this album is a maze of complex allusions, wordplay and literary references with thematic elements including the pains of maturing, broken promises, forgiveness, childhood fantasies, patience and unending love…Correspondence is a chaotic and beautiful mess of supercharged spoken word set to a documentary soundtrack of a backbone that avoids clichés”.

For those searching for greater detail about the concept album, Levi has created a companion to Correspondence (a fiction):

In celebration of the one-year anniversary of Correspondence (a fiction), I’m releasing Correspondence (a Commentary) – a pay-what-you-want audio download available on a suggested donation basis, with over an hour and a half’s worth of content read by yours truly. I love audiobooks, and thought maybe some of you might, too. If you’d like to read along, I’ve included the 50-page downloadable PDF detailing my thoughts and inspirations behind 2014’s nautical children’s story. http://levithepoet.net/acommentary

I’d like to say that I think that art can stand on its own. I think that stories can just be stories. I don’t think that you need to know the why behind Correspondence in order to enjoy it, the same way that I don’t need to know the why behind Tolkien’s Lord of the Rings in order to enjoy it. That doesn’t mean the behind-the-scenes is unimportant, and of course the whys mean something (and Tolkien’s why happens to influence a lot of mine, in this case), but it is possible to simply enjoy something for what it is, or what you know it to be. It’s one of the reasons that I’ve always been drawn to artists whose lyricism forms any sort of depth enough to leave you sorting it out for yourself, or content to remain objective. When I was young, it was Andrew Schwab, Conor Oberst, Isaac Brock, Spencer Chamberlain, others. And even though my parents never stopped asking me why or what does it mean? so that they could understand or regulate, I never needed the lyricists’ reasons behind words that I simply thought were beautiful because they were. They existed. They were there and they were something that simply was and that was good in and of themselves.

That said, I’d like to tell you why.
Levi

Find out more about Levi the Poet on episode 162, where we speak with Levi about his art.
http://www.theantidoteradio.com/episode/episode-162-levi-the-poet