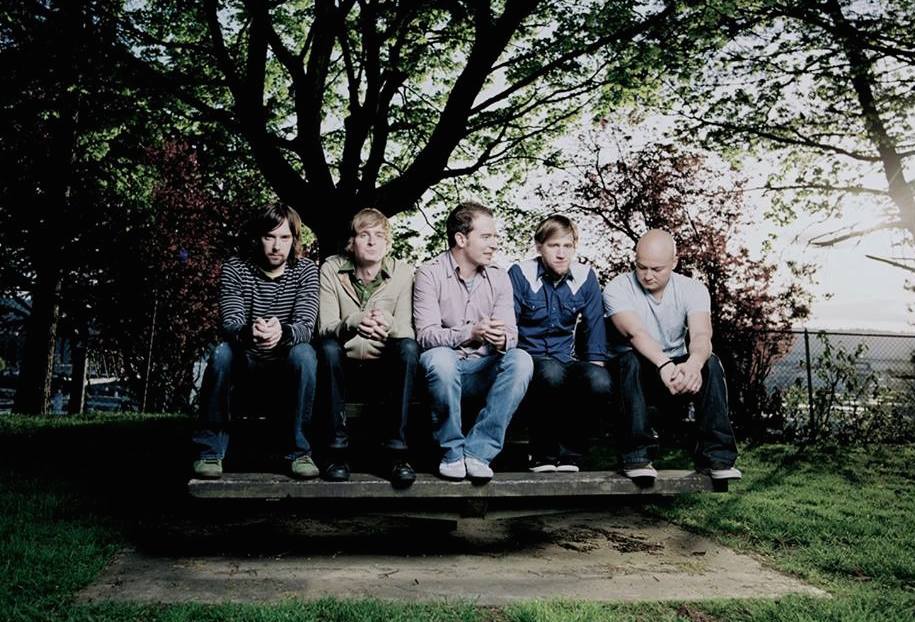 Mae is celebrating the ten-year anniversary of their classic debut album Destination: Beautiful and the fan coveted compilation Destination: B-Sides with an intimate one-time-only online performance at StageIt.com on June 7th. The show will feature the band performing songs from their studio and interacting with fans, all streaming live online and on mobile devices for ticket-holders. Tickets are limited, so get yours here! Mae is also excited to announce that Destination: B-Sides is coming on limited edition vinyl for the first time in the very near future.  The album will be available for pre-order during the band’s StageIt performance and a portion of the proceeds raised from the show will go towards the re-recording of additional tracks, which will be included on the first ever vinyl pressing of the album.
Beginning this Monday, May 19th, each day, Spartan Records will be releasing an extremely limited edition of 100 copies of Destination: Beautiful on a unique vinyl variant. Make sure you are following Spartan on Facebook, Twitter, and Instagram for special content and info about these limited edition #maeweek releases.Pick up StageIt tickets now here and follow the band on Facebook and Twitter for additional updates regarding #maeweek.