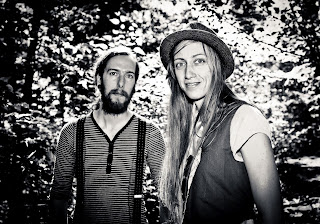 Indie-folk band, Lauren Mann and the Fairly Odd Folk are streaming their new album, Over Land and Sea.

In case you missed it, last Tuesday we released our brand new album Over Land and Sea. We spent 7 weeks in the studio in mid-2011 recording with Aaron Marsh, former vocalist of Copeland, and finally after many long months of hard work the album is out! We’re so proud of it, and are really excited about the response that it’s gotten so far!

That being said, we still know a lot of people really have no idea who we are (maybe some of you reading this are in that boat) so we though, why don’t we stream our new album online for a while to give people a chance to listen to it before buying it.

So if you’d like to check out our full album Over Land and Sea, it is currently streaming here:
CLICK HERE TO STREAM THE ALBUM

I was surprised to see that LMATFOF had recorded a cover of the August Burns Red song “Redemption”. It’s fantastic check out that track and the rest of the album too.

Lauren and the rest of the band are on tour and heading towards Ontario next week. For those living near Peterborough, Ontario, head to The Parish, 746 Park St. S (meeting at St. John’s Catholic School). Lauren Mann and the Fairly Odd Folk will be performing Sunday June 27th church service at 10:30 AM .