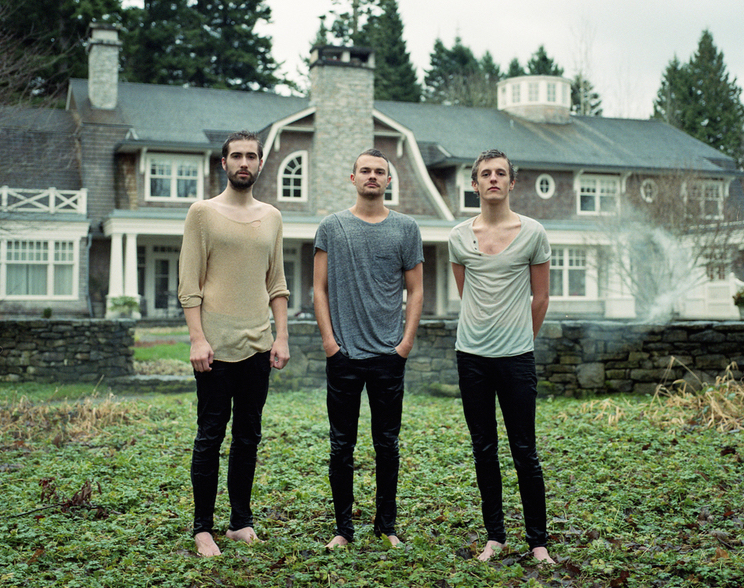 Vancouver, BC natives We Are The City have announced their signing to Tooth & Nail Records.

Consisting of Cayne McKenzie (vocals/keys), David Menzel (guitar), and Andrew Huculiak (drums), We Are the City puts together a dynamic, experimental take on pop rock. The band broke ground with their 2009 full length, In A Quiet World, followed by the 7″ Mourning Song / Morning Song, and High School EP in 2011.

The band’s sophomore album, Violent, is a sonic roller coaster filled with ups and downs, louds and quiets. The title’s implications are both positive and negative, straddling the line between the beautiful and the abrasive and encompassing the full scope of We Are the City’s musical maximalism. Containing catchy melodies and instrumentation, Violent, is bound to be a one of the major releases of 2015.  Violent will be available March 24.

We Are The City’s artistry ranges beyond the musical realm. Band member, Andrew Huculiak, is a founder and film director with Amazing Factory Productions. Andrew has gone on to create a film version of “Violent”.  Filmed entirely on location in Bergen, Norway, and shot in Norwegian (which none of the filmmakers speak), it was an ambitious step into the world of feature film. “Violent” was written in collaboration with the We Are The City album of the same name. The film borrows themes from the album as well as musical cues in the original soundtrack written by the band. Shortlisted for the 53rd Cannes International Critics’ Week, the film is now on an extended festival run where it has garnered multiple awards worldwide.