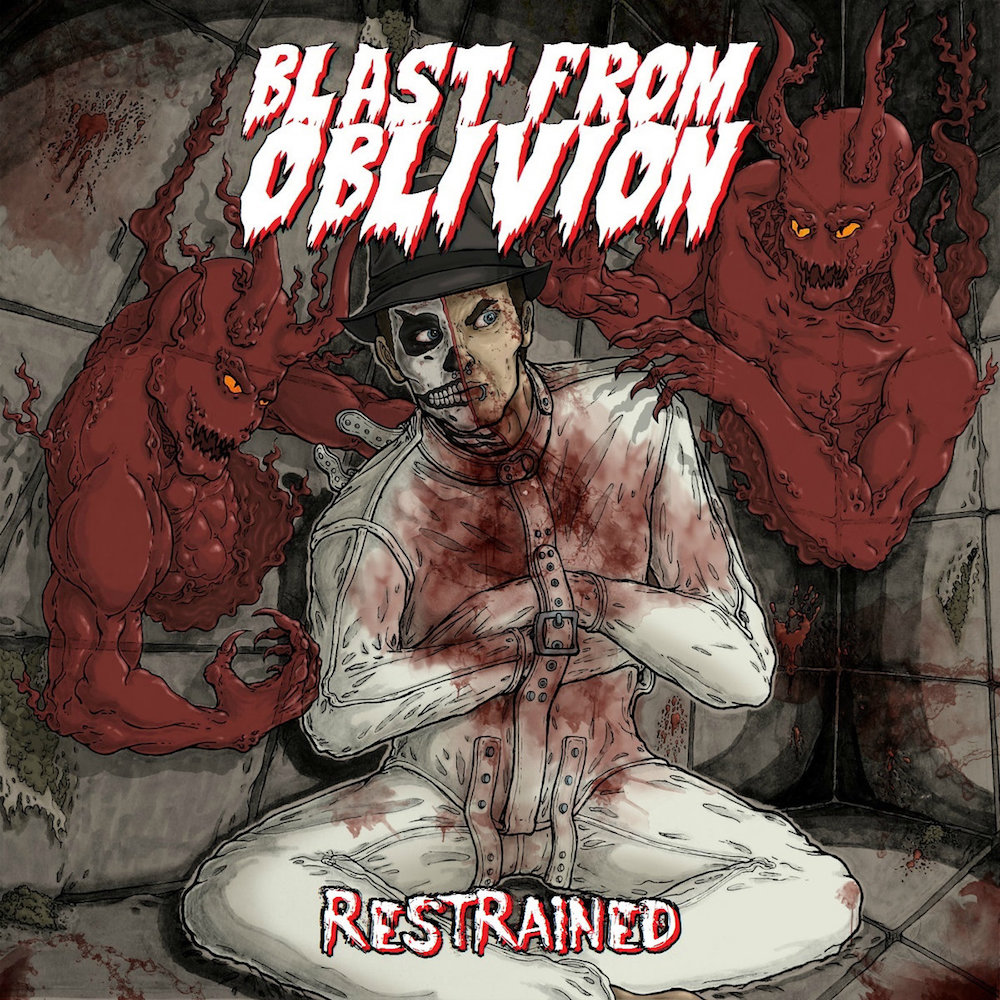 If you’re anything like myself, spending too much time overdosing on the second season of “Stranger Things”, you can understand how the macabre can take you from your normal life and push you over the edge. It’s the same situation as the Finger Lakes region of New York state, which now has fingers dripping blood. It’s home to the horror punk generated by Splatter Guts of Blast From Oblivion. Many find the concept of combining faith and horror to be incongruous to the tenets of Christianity. They could be both right and wrong. While the lyrics are undeniably graphic, the true intentions of Blast From Oblivion shine through on the band’s sophomore conceptual release, Restrained.

Blast From Oblivion’s press release states; “This album deals with learning how to restrain our fleshy desires. To keep us from insanity in a world full of evil, death, horror, pain, depression, murder, suicide, bondage of lust, greed, deceit, etc. The only cure is Jesus Christ.” Doubters will happily discover that many of the tracks include Bible references for the lyrics.

Restrained may lack high quality production values, yet that adds to the to the gritty nature of the release. Unquestionably, Blast From Oblivion won’t be for everyone. For those searching for a alternative to the monotonously dull songs prevalent in today’s music machine, Restrained will be their salvation.