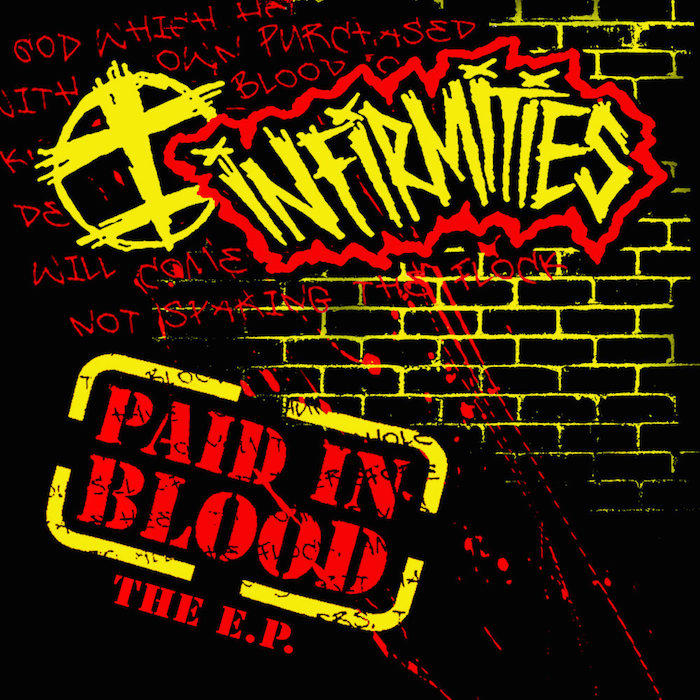 For a genre is known for terse, to the point songs. The thrash punk EP, Paid In Blood from Infirmities, takes that characteristic to a ridiculous level. Eight tracks with a running time of 7:52 makes this the briefest release I’ve ever heard.

While I admire the intentions of Infirmities, the EP does little sonically. Limited recording depth leaves the songs sounding as if they were released at 64 kbps instead of the stated 320 kbps. Gang vocals don’t mesh with J Hawk’s lead while simplistic lyrics fail to grab attention or interest.

The only redeeming aspect of Paid In Blood comes on the closing track, “Infirmities Anthem”. The band meshes into a unified sound as the long bass intro lead into the repeated chorus.