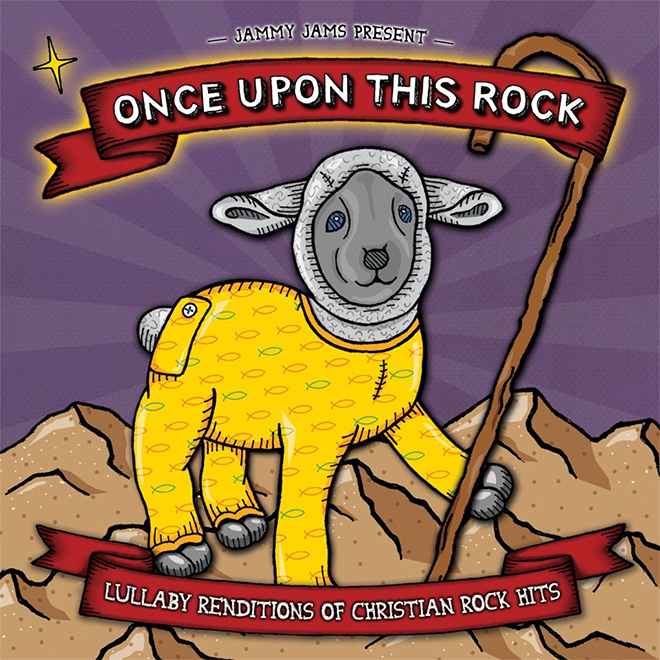 The make up of our church congregation may be quite different from your own. At The Parish almost 30 % of the congregation is under the age of five. Maybe it’s a new baby-boom or something in the snacks we consume each Sunday morning.

When I was first asked about reviewing Once Upon This Rock, I howled. Christian rock tunes converted to lullabies? It turned out to be a great idea! I had never thought that songs by P.O.D., Stryper, Flyleaf or Skillet could be played to send your youngster to sleep. I was wrong. Jeff Bradford and Tim Phillips do an awesome job of transposing the rock content of these well known songs into tunes soothing enough to send your munchkin to la-la-land. The two artists use a combination of the vibraphone, marimba, xylophone, piano, blocks to create a genuinely new sound.

Two outstanding tracks are “Honestly” by Stryper, and “Flood” by Jars of Clay. Both of these songs come across as true renditions of the originals. The best of the lullabies has to be “Fireflies” by Owl City. I think that Adam Young (Owl City) should rethink which instruments he uses on his albums. The musical variation created by Jammy Jams is superb.

If you have little ones at home or are simply a Christian rock audiophile, pick up this CD. It’s an eye-opener.

Or spend the big bucks and order the CD online at Amazon.ca