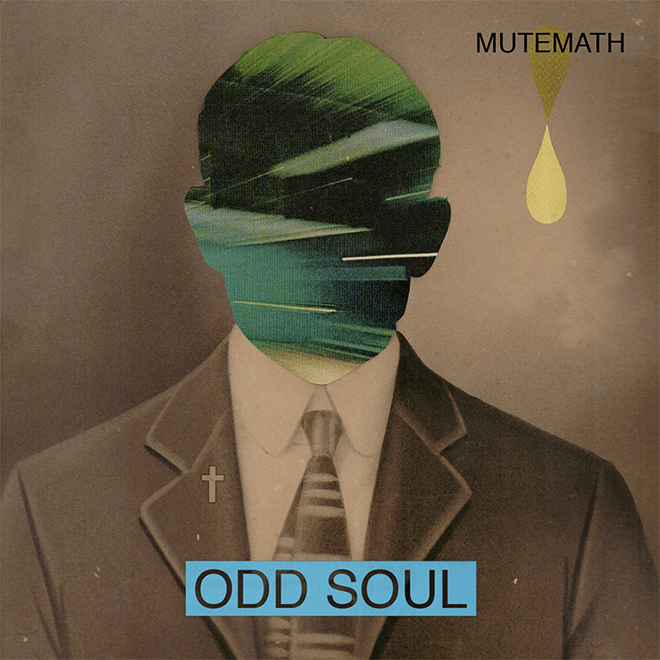 MUTEMATH has been a favourite in our household since their Reset EP, which included the outstanding track “Peculiar People”. We were familiar with MUTEMATH’s style as the band carries musical similarities over from their previous band, Earthsuit.

MUTEMATH has continued to gather critical acclaim for each of heir releases, not to mention their live shows. Alternative Press has declared MUTEMATH as “the #1 band you need to see live before you die.”

MUTEMATH’s self-titled 2006 album nears the top of my list for most listened to recordings. From their first EP, MUTEMATH has continued to modify their sound, while maintaining their renowned musical complexity. While not reinventing themselves musically, they have created enough of a change to form a unique sound to each of their albums. Their self-titled album offered a touch of funk infused alt-rock with an electronic bent. Armistice, from 2009, has more subdued electronics and a pop feel on the vocals.

Their Oct 4/11 release Odd Soul, may prove to be MUTEMATH’s most outstanding album. This album has continued the legacy of unique sound the band has developed. The band has given a gritty sound and strong blues styling to the new album. The bass takes precedence on many of the songs. This is likely due to the departure of original guitarist Greg Hill. Bassist Roy Mitchell-Cárdenas took on the guitar duties for Odd Soul. Todd Gummerman has since taken over guitar duties for MUTEMATH. Paul Meany, vocalist and keyboardist for the band, utilizes his vocal talents to take the songs from a raw and gritty feel to controlled and smooth. Drummer Darren King abilities are outstanding.

The first track and single, “Odd Soul”, uses the sound distortion that is so evident on MUTEMATH songs. I was astounded by the song when I first heard it earlier this summer. I continue hitting the repeat button on my iPod to replay “Odd Soul” over and over. The band also generously offered the vocal and instrument tracks from “Odd Soul” to fans for a remix contest.

“Blood Pressure, the second single from Odd Soul, is another outstanding track. It delivers lyrics describing the pressure that parents and society in general place on individuals.

The bluesy instrumental “Sun Ray” was a great choice to lead into “Allies” which is, musically, in a similar vein.

Nice try, cross enemy lines,
Look out for the mines, buried in the mirror.
Fall out, target on the move,
Coming into view, coming in clearer.
By now, no one else around,
Narrowing it down, guess I got to figure.
One war, is all I can afford,
No more.

“All or Nothing” has an intro that is very reminiscent of songs created by Arcade Fire.

Psychedelic rock comes to the forefront on ‘Walking Paranoia” as the band takes a shot at televangelists.

Be sure to pay attention to the outro of “Quarantine”. Darren King shows off his excellent drumming capabilities.

Beautiful lyrics are found on the final song “In No Time”. It contains a message that should speak to all of us.

While MUTEMATH and the Odd Soul album in particular, may not be to some listeners taste, no one can dispute the band’s musical and lyrical capabilities. This album is a brilliant melding of genres by a band that has the experience to pull it off with finesse. Odd Soul is a true highlight of anything produced in the past year. It’s anyone’s guess as to how MUTEMATH can do a follow up to this superb album.