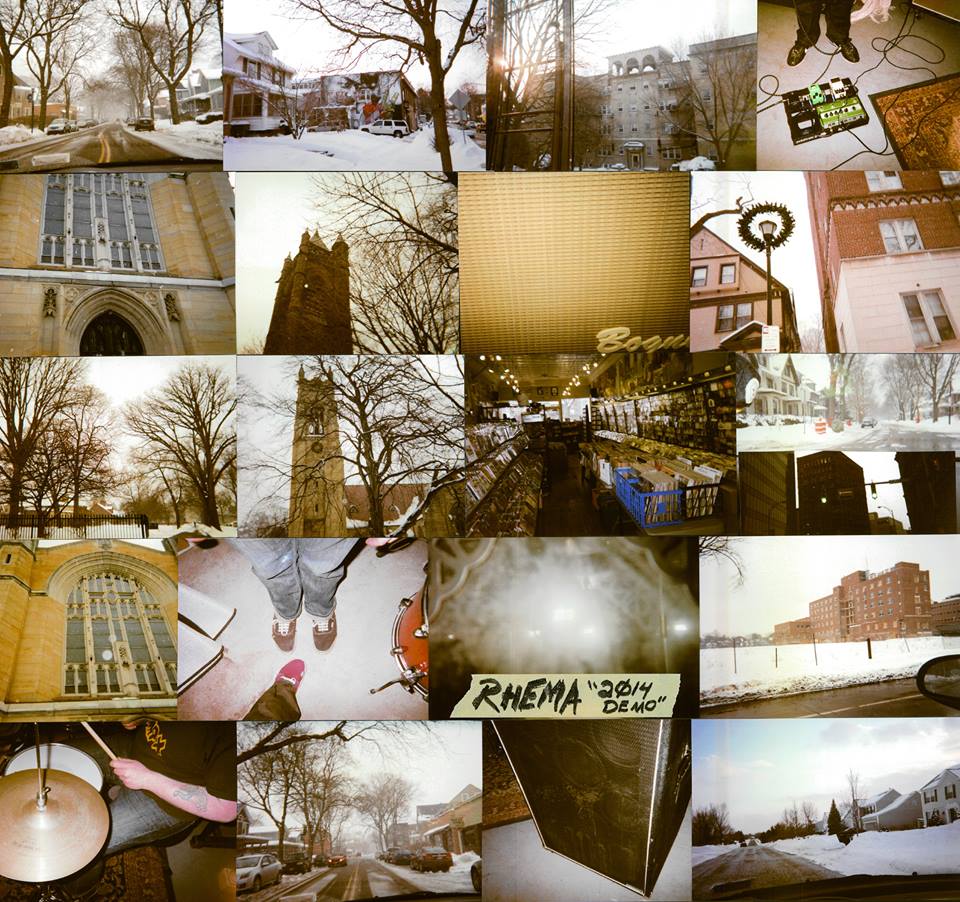 Stylistically, Rhema is a hybrid, layering elements of often dark, emotional hardcore over early metallic hardcore. At times fast, at times emotive and angst-ridden. Rhema is a newcomer, having formed in August of 2013 and feature Jonathan Barefoot (guitars), David McPherson (vocals) and Adam Kramer (bass) and Caleb Barefoot (drums). This Rochester, NY band released a rough version of this demo earlier in 2014, but recently called on Len Carmichael for re-mixing and mastering.

Still, 2014 Demo, remains as raw and dirty music delivered at it’s best. The lack of polish on 2014 Demo lends well to this ep, giving a sense of honesty and authenticity to a genre that often seems artificial. The band reveals their spirituality as men whose faith is planted firmly on the ground. Rhema describes themselves as “spirit-filled hardcore”, that’s more than evident in their lyrical content. Rhema’s musical nature is best described as old-school hardcore with a revitalized sound.

Rhema has announced plans to re-enter the studio in the next few months to record their first full length. The as yet un-named album is set for release later in 2014. For now we can delve into the brief (11 minute long) , 2014 Demo, which remains as only a brief glimpse into the abilities and talents of Rhema. I’ll be anxiously awaiting their new full length.