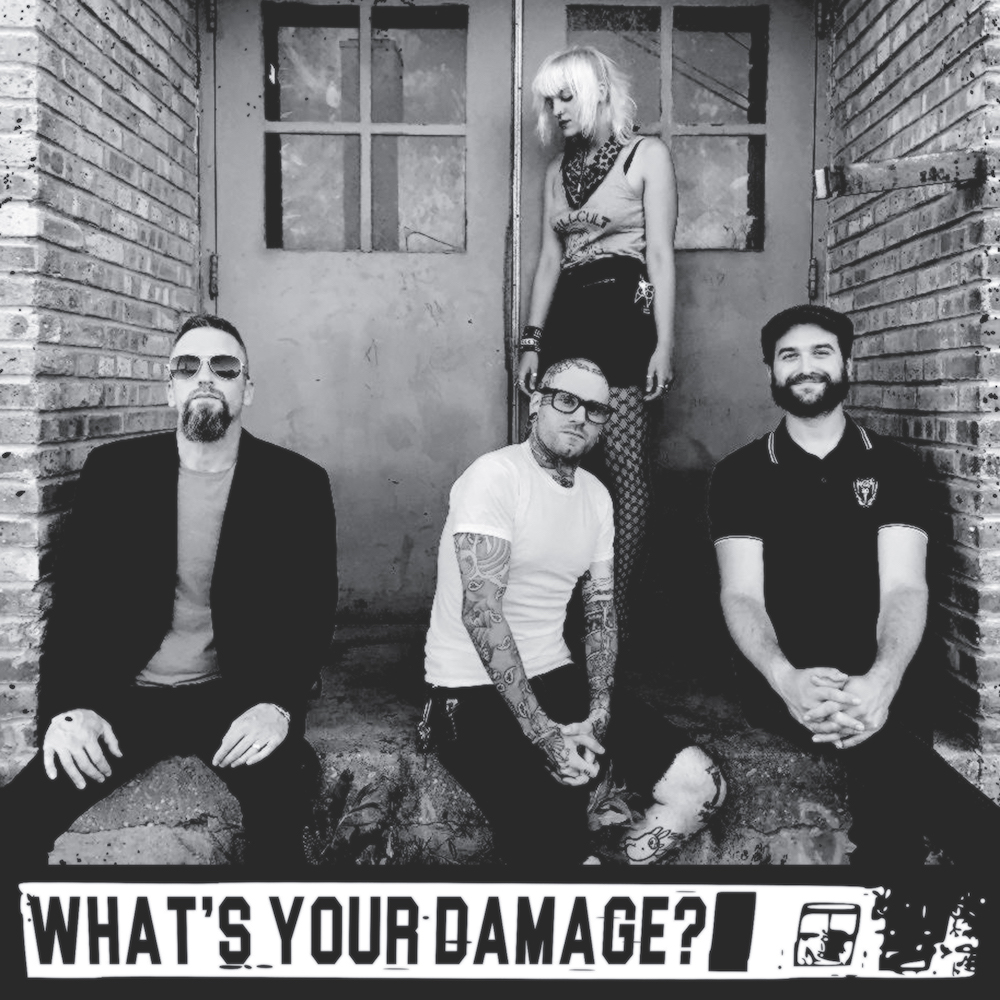 It’s wild when a new band appears in the music scene and blows away the competition. That’s the case with What’s Your Damage? Generating powerful old school punk that harkens back to a classic ’70’s style. What’s Your Damage? is drawn into the top slot by the ultra talented vocalist, Quinn. Her style mirrors that of a young Debbie Harry, albeit with a trace of a flat tone, and it instantly commands attention.

What’s Your Damage? self-titled debut album is brief, 8 tracks and just shy of a quarter hour, but it’s the songs that make this a big release. Topics deal with being honest to yourself (“Artificial Love”), ignoring the pettiness of trying to fit in with the crowd (“Compliance”, “False Identity”). What’s Your Damage? impact really comes through when dealing with the serious social issues covered on “Border Wars” and “Violence”.